Menu
Home » Multimedia Support » General Information
Need help to bring audiovisual, creative or entertainment content to life and to share it across borders and cultures?

Then my multimedia production & localization support services might be what you need!​

Some Results I Can Help You Achieve​

Advice, feedback and general support based on my knowledge of multimedia localization and production.

Voice performances in French, International English and French-accented English & Swedish, synchronized or not to picture, for all types of audiovisual content.

Adding (or reviewing) text in French to your audiovisual content in French, English or Swedish to make it accessible to a wider audience.

Making your English or Swedish content available to your French-speaking audience while sticking as closely as possible to the original wording, or on the contrary by focusing solely on conveying the same meaning and tone and using more creative freedom.

Reviewing your French content to ensure at a minimum that it is true to the source material (in case of a translation), grammatically correct and that it sounds natural, with the possibility of going as far as re-writing entire passages and even changing the tone itself to elevate the whole text, while always conveying the same information.

Listening to audio content in French to confirm accurate pronunciation and acting performance, that the script was adhered to, proper synchronization to picture when necessary, high sound quality, etc.

Live-action acting performance for all manners of audiovisual content.​

Not finding what you’re looking for? Not sure of what you need? Then tell us about the support you require or the results you want to achieve and we’ll develop a tailor-made solution!

Here are examples of customers I’ve helped achieve their production & localization goals through a mix of services listed above and sometimes some that aren’t listed.
(For customer cases dedicated to each service, see that service’s page.)​

Acamar Films was looking for a French translator specialized in creative content and experienced working on animation scripts. They needed that person to rework the already-existing translation of a specific character’s lines as it was believed to be the main cause behind their animation series’ somewhat milder-than-anticipated success in France.

After successfully passing their translation test, I was selected for the job. However, because the initial instructions and explanations seemed somewhat incomplete, I used our first online meeting as an opportunity to dig deeper into what the company truly needed, which allowed me to understand they first and foremost wanted to understand why their series wasn’t as successful as expected in France, how to change that, and then of course to carry out the necessary actions.

Therefore we moved from initially discussing a specific service (improving the translation of a specific character’s lines) to discussing a result to reach (knowing the causes & potential solutions to ensure the series’ success in France, and implementing the solutions chosen).

To reach the results targeted, adaptability was key. So we quickly moved away from trying to list services to be provided and instead agreed on a general approach with key milestones and the possibility to adjust it whenever necessary. I also based my fee on our goal rather than my contribution so Acamar knew I would be available for as long as necessary and would support them in any way I could.

In the end my input included:

Reviewing and comparing the original English versions of the episodes with their translated French versions to identify discrepancies and potential explanations as to why the French series wasn’t as successful as expected.
Providing detailed feedback of my findings, which covered not only the quality of the translation but also the voice actors cast and the accuracy of their acting performances.
Participating in online meetings to help Acamar pick the best strategy going forward; what to focus on and what to ignore based on budget constraints and the level of importance of each issue.
Reworking the French scripts to improve everything that needed improving (within the constraints of the chosen strategy) and to create a glossary & instructions for future translators.
Acting as an advisor on all topics related to the French version of the animation series.

The new French version of the series is currently in production so it’s still too early to measure the impact of my contribution. However Acamar has already used my approach, feedback and methods as benchmark and best practices to establish processes to improve other localized versions of their series.

Back to Customer Cases

A few months after voicing a video explaining the concept of Cocotte Food Tour, the company’s founder Estelle Réau contacted me, saying she liked my voice and wanted to discuss the possibility of me voicing the self-guided tours themselves.

However during our initial conversation it quickly became clear that the company actually needed more than just a voice actor for their existing French tours; they needed someone who could proofread/copy edit the scripts, localize them into English, voice them in English and – perhaps most importantly – an adviser on questions related to certain creative decisions (tone to adopt, role of the narrator, how to best feature the founder’s voice, etc.) and the entire production process.

Therefore we moved from initially discussing a single specific service (voicing the French tours) to discussing a whole range of them, including some I created specifically for her.

Rather than invoicing each service separately, I offered a fixed price per food tour that included everything necessary to obtain proper French and English versions (proofreading, voice recording, translation and all manners of retakes and adjustments), along with access to my knowledge & advice whenever necessary to make the tours as good as possible.

The audio tours are currently in production so it’s still a bit early to estimate their success. However my advice related to the production process has allowed us to save time and simplify several steps. Moreover the company’s founder was so pleased by my suggestions related to the creative direction of the tours that she’s made them a part of the brand and uses them whenever she introduces her company’s concept (including when looking for financing).

Back to Customer Cases

Click on one of the customer logos above to learn more about my work with them.

Here’s what my customers have to say about working with me:

I can highly recommend David to anyone who needs an ambitious, conscientious and driven team player. David’s positive attitude also spurs the rest of the team! Great work so far! Hope to work together a lot more in the future. 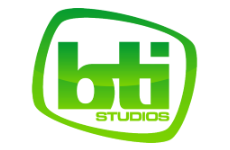 Alex, Holly and the Project team said you were fantastic to work with and we’re looking forward to doing so again!

You’ve got talent, vision and follow-through. You have created an excellent and clear strategic vision; you kept us on time and on budget.

The amazing thing is your ability to communicate naturally with just about anyone: our CEO, the purchasing department, the team members, happy or angry people, younger or older…

David is easy to work with, committed and dedicated and he thinks outside the box. He quickly understood what the job was about and we’re very grateful for the weeks during which he helped us.

Thank you for your amazing hard work, we look forward to working on many more projects with you!

You made a brilliant contribution!

Tell me more about the goals you have in mind and/or the services you require (whether listed here or not) and let's make it happen!